We love our animals! Find out how we got started and what we strive for everyday.

What is a Community Cat?

Community cats is a term used to describe outdoor, unowned, free-roaming cats, who can be feral (wild), shy or friendly.

If a community cat survives kittenhood, his average lifespan is less than two years if living on his own. If a cat is lucky enough to be in a colony that has a caregiver, he may reach 10 years. Community cats who live in a managed colony with a dedicated caregiver (who provides spay/neuter services, regular feedings and proper shelter) can live a happy, content life.

Most community cats exhibit wild, shy or frightened behaviour and are therefore not adoptable. Shelters rarely accept them as it’s impossible to predict how or if they will ever acclimatise to indoor life. While a community cat might look the same as a pet cat, community cats survive by avoiding close human interaction. When appropriately cared for, community cats are happier outdoors in their own territory.

Trap-Neuter-Return (TNR) is the method of humanely trapping community cats, having them spayed or neutered and vaccinated against rabies, and then returning them to their colony to live out their lives. TNR also involves a colony caregiver – an individual or group of individuals – who keeps an eye on the cats, monitors their health, provides food and adequate shelter, and identifies cats needing spaying/neutering and emergency medical care.

Colonies that are involved in TNR quickly stabilise and, over time, reduces them as no additional kittens are born and friendly, sociable cats are removed from the colony for rehoming. TNR has been shown to be the least costly and the most humane, efficient way of stabilising community cat populations.

TNR improves cats’ lives and the needs of the community

TNR relieves cats of the constant stresses of mating and pregnancy. Cats become better neighbours as nuisance mating behaviours (like roaming, yowling, spraying and fighting) are largely eliminated. Cats are vaccinated against rabies and, once sterilised, their physical health and coat condition improves and they gain weight.

TNR is an essential and valuable component of shelter reform to save cats’ lives. Communities with TNR programs report a decline in shelter intake and a decrease in euthanasia of unadoptable community cats.

What is Ear-Tipping and Why Is It Important

Ear-tipping is a widely accepted means of marking a community cat who has been spayed or neutered. It also often identifies them as being part of a colony with a caregiver. Ear-tipping is the surgical removal of the the tip of the ear; it is a humane, safe procedure performed by a veterinarian, typically during the spay/neuter surgery, and rarely requires aftercare. Ear-tipping prevents an already-spayed or neutered cat the stress of re-trapping and an unnecessary surgery.

The deliberate and systematic destruction of a community cat colony, by whatever method, almost always leads to the “vacuum effect” – either new cats flock to the vacated area to exploit whatever food source attracted the original inhabitants, or survivors breed and their descendants are more cautious around threats. Simply put, eradication is only a temporary fix that sacrifices animals’ lives unnecessarily, yet yields no positive or beneficial return.

Eradication has commonly been used for years to exterminate community cats. Obviously, this isn’t an option that animal rescue and welfare groups like TEARS are super jazzed about. Aside from the cruelty and costs involved in this approach, even the most “successful” campaigns can backfire, as illustrated in the case of Marion Island, South Africa.

At 298 square kilometres, this is the largest island from which cats have been “successfully eradicated”. What did that success look like? It took more than 19 years to exterminate about 3 000 cats. Ignoring the inhumane methods that were involved, the inevitable result of this 19-year war against cats was the island’s mouse population exploding, which then led to mice invading the nests of seabirds and killing them. Why is this important? Because the cat eradication campaign was justified by the desire to protect seabirds. And, as you’d expect, the new super villain on the island that everyone wants to eradicate now is the mice. And the revolving door just keeps spinning…

Many communities have rounded up colonies of community cats either for euthanasia or to relocate them to another area. This does not work, because community cats are very connected with their territory: they are familiar with its food sources and places that offer shelter, as well as resident wildlife, other cats in the area, and potential threats to their safety. Even when all community cats are removed, which is difficult to achieve, new cats will soon move in and set up camp.

Relocation is something to consider only if keeping the cats where they are becomes a threat to their lives, such as their territory being demolished and there is no adjacent space to shift them to, or if the cats’ lives would be at extreme risk should they remain where they are.

When you examine the available evidence, the answer consistently shows that TNR is the best option available in nearly every scenario. TEARS and many other organisations have been managing TNR programs for cats for more than a decade, and we know how to do it and do it well. When these programs are allowed to be implemented and run the way they were designed to, outdoor cat populations are reduced, community members are happier and fewer cats enter the animal shelter system.

Be a hero for community cats by sponsoring a sterilisation through the TEARS Feral Cat Project. 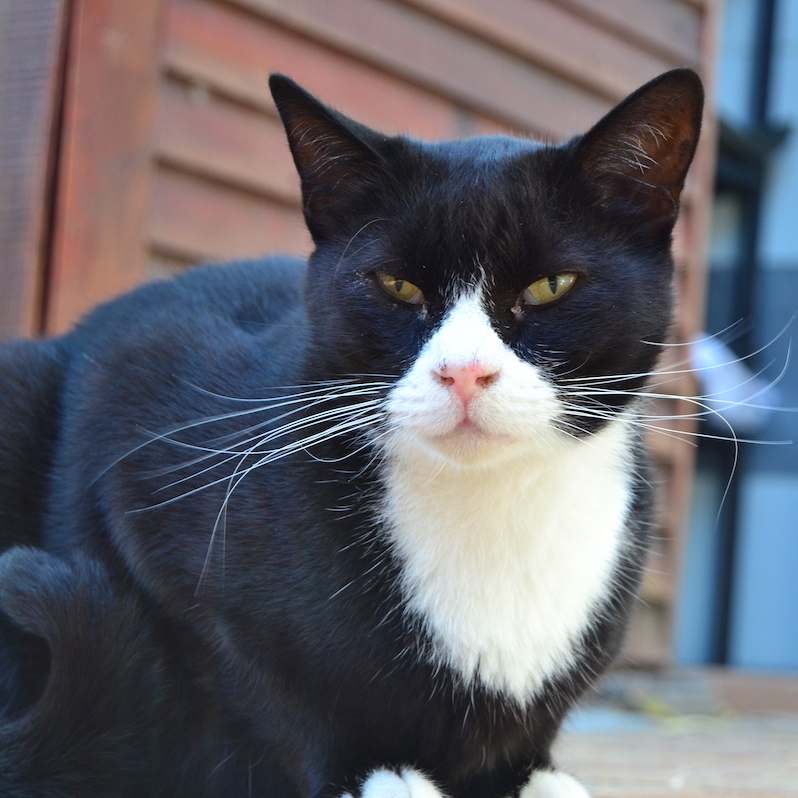