My name is Gandalf. When I was only 5 months old, I ventured into a cat trap and was taken away from life on the streets. I arrived at a place where I could hear and smell lots of other cats.

I was in a cage and there was food, water and a litter tray and a comfy bed. I spent a few days in that cage. There were other friendly cats roaming freely outside of it. After a few days, I was allowed out of the cage to be amongst the other cats.

The people who cleaned for us and fed us and generally took good care of us seemed kind, but I was not yet willing to risk getting too close.

Months turned into years. A new person started working at TEARS called Lesley. I used to follow behind her but would still dart and hide if she got too close. She called me Gandi. It sounded like she really liked me.

After she had been there for about 6 months and I had watched her stroking the other cats and talking gently to them, I was fit to burst with the need for a gentle touch from her and I decided to risk it.

I started meeting her at the gate when she unlocked in the mornings. Gradually, I got closer to her and she continued to speak my name softly, saying “Hello Gandi. You are such a lovely boy.”

Soon after, she reached across to stroke me and I decided to see how it felt. It was wonderful. Eventually, I decided that I could trust her and we both used to greet her by rubbing around her legs.

One day, one of the other people put me into a small crate and into a car. Lesley got into the car and we started to drive. She talked to me all the way during the journey telling me that we were going to a wonderful place which I could finally call my home.

Once there, Lesley spoke to me gently and told me I was truly safe. She said she would leave me alone to explore a bit and then went out of the room.

I spent 4 weeks under the bed, coming out at night to eat and drink and use the litter tray. Eventually my cat curiosity got the better of me and I ventured beyond the door of my room into the house.

The spot on the couch next to Lesley looked very inviting. And so, I jumped up next to her and let her stroke me. It felt wonderful. I fell on my side and she gently rubbed my chin. I was home. 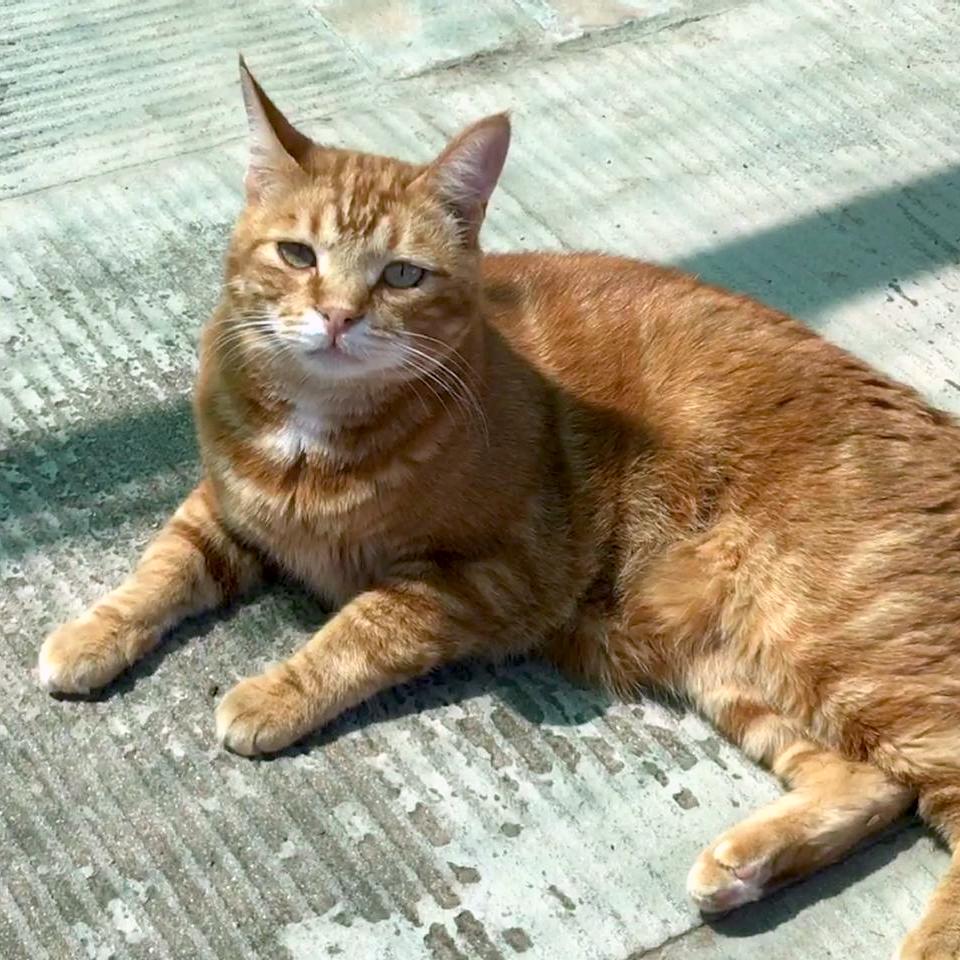